When you receive a service call/request for a broken key, stress to the customer that they do not touch the lock until you arrive. I have seen relatively simple key extractions made far more complicated than they have to be simply because the customer took it upon themselves to try to remove it. Sometimes they’ll exhaust all attempts to extract the key before they call you. In case they haven’t tell to them that they leave it alone until you arrive. Let the customer know that their actions can turn a quick and simple job into a costly one.

Before you attempt to remove a broken key, you want to assess the lock and make sure the job is going to be as straight forward as pulling the broken key out. First, is the plug rotated beyond the key pull position?

key pull position n. any position, of the cylinder plug at which the key can be removed

Whatever the tool, the purpose is the same: grab the broken key and pull it out. Here are different types of key extraction tools: 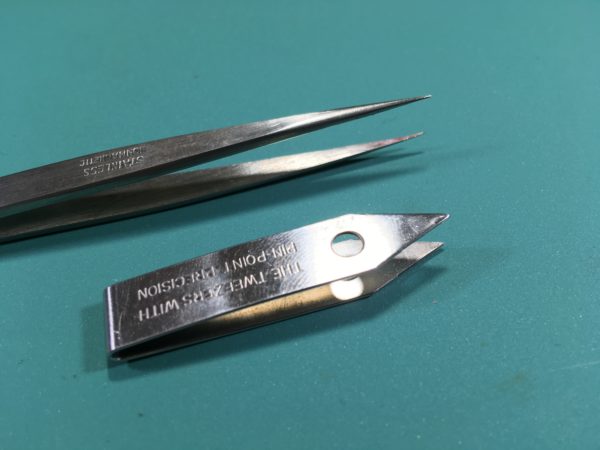 I always have a pair of tweezers with a thin, sharp-pointed head in hand when called to extract a broken key. If there is enough of the key to grasp with the tweezers, that’s what I start with. They also are great at removing brass slivers that love to stick into your fingers. You can source tweezers from dozens of brick and mortar and online stores.
Peterson sells a scissor extractor set that functions much like tweezers. While marketed for automotive keys, I have found them more than sufficient for wafer and pin tumbler locks as well. 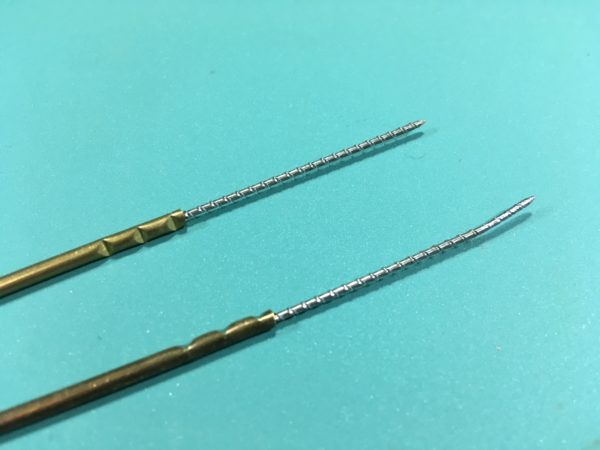 I have always had great success with spiral extractors. Spiral extractors are ~.040″ thick wire with spiral teeth running along it’s length.
To use a spiral extractor, insert the spiral extractor somewhere between the key and plug. Press the spiral extractor in while rotating it clockwise. This process is very similar to tapping and, for lack of better words, that’s what you’re doing. The spiral groves of the extractor grab on to the key as it’s being fed into the plug. More is not always best with these, if you feed too much the force required to remove it will exceed the extractor’s tensile strength. When that happens, the extractor will break and you’ll make your situation worse. I usually try to feed spiral extractors 3/8″ to 5/8″ into the plug for wafer locks; up to 3/4″ for pin tumbler locks.
Once you have fed a sufficient amount into the cylinder plug, attach a pair of vise grips to the extractor’s handle. Before pulling, make sure your vise grips are in line with plug and you’re pulling straight out. If you pull at an angle you’re likely to cause extra force/work and you could potentially break the extractor.
The spiral teeth will wear down over time and some will inevitably break; it happens. Make sure you carry at least 3-5 on you at all times. 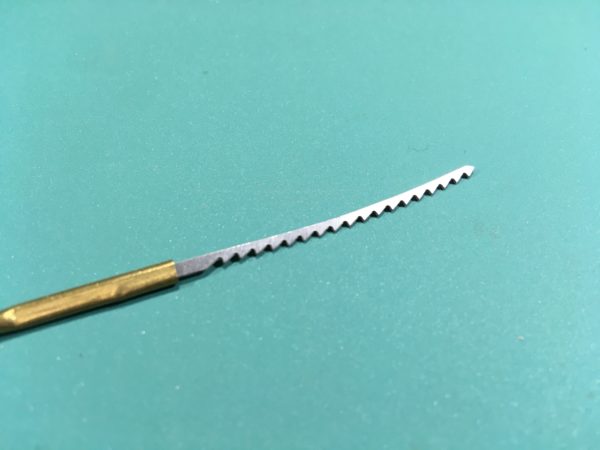 Saw-tooth extractors are typically .022-.025″ thick and utilize multiple teeth, like a saw blade, to grab the key and remove it.

Hook extractors come in a variety of shapes and sizes but all utilize a sharp, pointed hook to grab and remove the key.
Saw-tooth and hook extractors are very similar in size and function. With the exception of the number of teeth and the shape of the teeth, or hook, they are comparable in size, both in height and width.  Both aim to grab the key on the top of the blade, where the key’s cuts are, to “snag it”. With that said, certain situations allow for both types of extractors to grab the side of the blank as well. Keeping with this possibility, Peterson manufacturers a type of hook pick called the sidewinder shim that is specifically suited for side grabbing.

If all efforts to pull the key out with a dedicated extractor fail or are proving fruitless, it may be time to remove the cylinder to give yourself more access to the cylinder and thus a better opportunity to remove the key. Keep in mind that this may or may not involve unlocking the door via a method other than the cylinder itself.
I have seen and heard of other locksmiths using super glue to remove broken keys. This is accomplished by gluing a small probe tool to the broken key, allowing it to cure, and pulling. Don’t do this. Glue doesn’t belong in a lock no matter the circumstances. I’ve been a locksmith for 11 years now and have never encountered a broken key that I couldn’t remove utilizing the aforementioned tools.

Simply removing the key and collecting payment shouldn’t be the entirety of the service call. Try to find out what caused the key to break. Was it user error or is the lock not operating correctly? Before you leave, make sure everything/everyone is working as it/they should to prevent broken keys in the future.