Locksmiths are usually lucky enough to have the current, soon to be old, keys available when rekeying locks. That’s not always the case, however, and there are times when you are expected to rekey pin tumbler cylinders, known hereafter as cylinders, that don’t have keys. Keys or no keys,you must first remove the cylinder(s) the lock(s) to continue the rekeying process. Once the cylinder is removed from the lock and in hand, we must next find a way to rotate the plug so that it may be removed from the rest of the cylinder. Picking is one option. Another option, that can be faster than picking depending on the circumstances, is known as shimming.  Shimming is the process of using a very thin strip of metal, known as a shim, to separate a cylinder’s pins at the shearline. 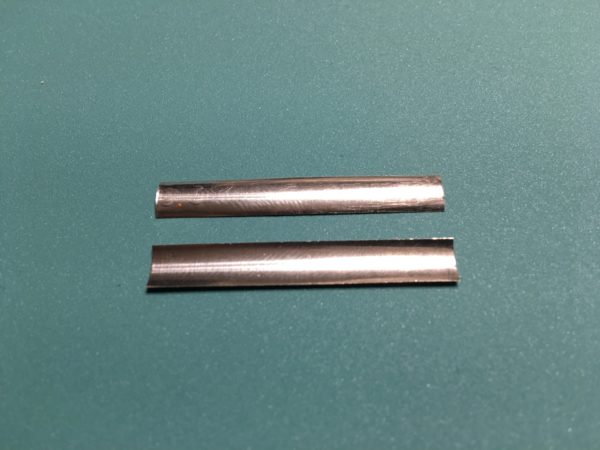 shim 1. n. a thin piece of material used to unlock the cylinder plug from the shell by separating the pin tumblers at the shear line, one at a time

The shim moves along cylinder’s plug, intersecting each pin stack, and prevents the springs and top pins, and sometimes master pins in master keyed cylinders, from entering the plug. Once all pin stacks have been shimmed the plug can then be rotated and the rekeying process can continue. 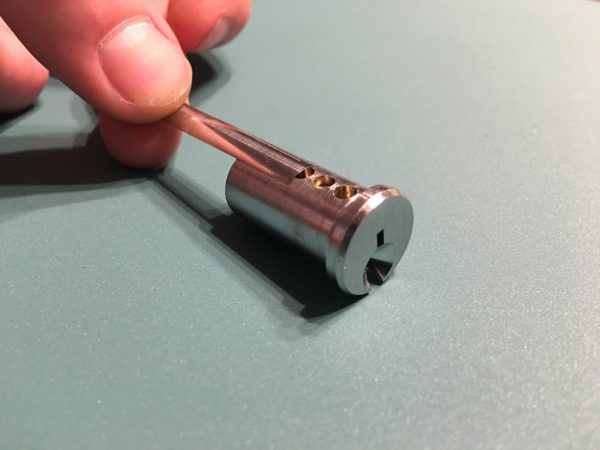 Shim moving along a cylinder’s plug.

In addition to a shim, you will also need either a key blank that corresponds to the plug’s keyway or a lock pick.  Whether you are using a key blank or lock pick their purpose in the shimming process is the same: to move the pin stack closest to the shim up and down to allow the shim to pass between pins at the shearline. Shimming is relatively straight forward and with enough practice you will become very proficient at it. Like lock picking, shimming requires an acquired feel, a light touch, and practice. 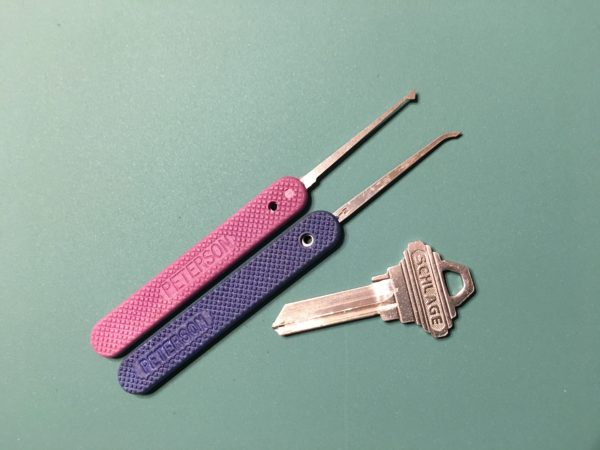 Picks and/or key blanks are required for shimming.

Before we cover the shimming process it is important to note that, depending on how it was keyed, a cylinder typically uses either 5 or 6 pin stacks. If you are using a lock pick this isn’t an issue but if you’re using a key blank it can be. You can’t use an SC1 key blank, for example, to shim a cylinder with 6 pin stacks; the tip of the key blank won’t be able to reach the stack furthest from the key blank’s shoulder. Avoid this hassle by using the longest key blank available in the key bitting specification utilized by the cylinder’s manufacturer. For this article, we’re going to use a key blank to describe the process.

1) Start by removing the cylinder’s cam or tail piece.

2) Insert the shim into the rear of the cylinder, in line with each pin stack and chamber. 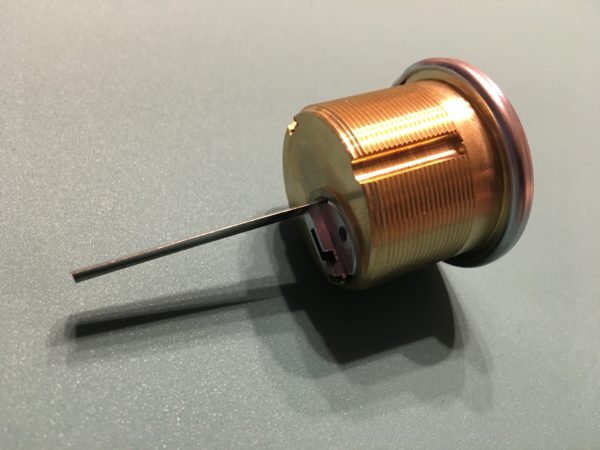 Remember, we’re trying to slide the shim between the pins. Align the shim so that it’s center splits the pin stack’s center. You don’t want a shim to barely grab a pin stack or drift away from the pin stacks as it moves further into cylinder. You want to insert the shim until it contacts the first pin stack.

3) While applying light pressure to the back of the shim, begin moving the key blank in and out slightly. 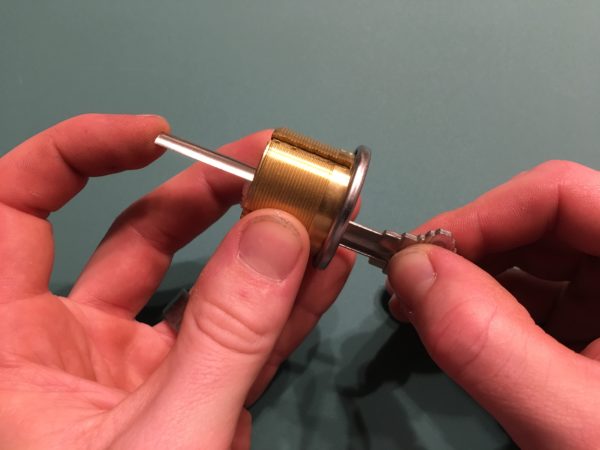 The key blank doesn’t have to be inserted/removed very much. You can only shim one pin stack at a time so we only need to focus on moving that pin stack. By using the tip of the key blank, you are able to raise any bottom pin, no matter the depth, to the shearline.

4) Once you shim a pin stack, withdraw the key blank slightly and begin shimming the next pin stack.

You will be able to tell when a pin stack is shimmed in two ways. Visually, the shim will move further into the cylinder. You will also feel a shimmed pin stack in the key as well. There won’t be feedback from the spring and you won’t be able to insert the key as much as you once were. This is because the bottom pin is making contact with the shim. It’s important to learn this feeling so that you know when you have your key blank in contact with the right pin stack.

5) Continue this process for each pin stack until you shim all pin stacks. 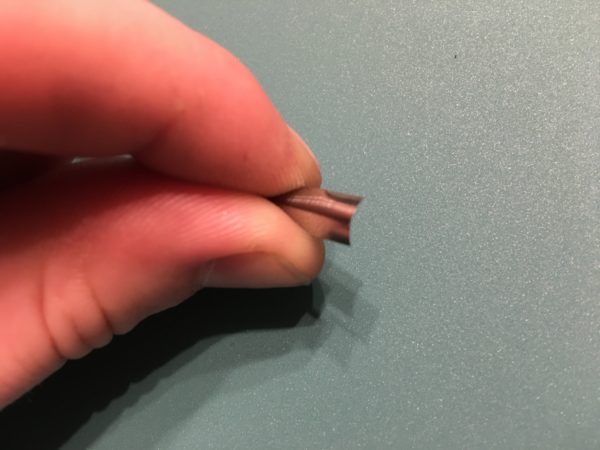