Tourist amazingly unlocks a safe that had been locked for decades 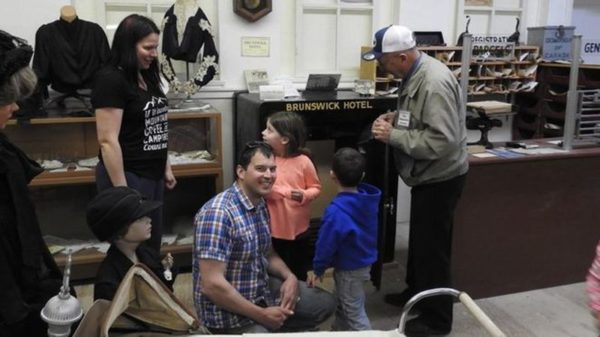 A Canadian man haphazardly unlocked the secrets of a museum safe that had been sealed shut for at least 40 years. [Read More via Daily News]

7 Reasons Your Customers Should Migrate From Analog to IP Video

Depending on your types of customers you might not realize it, but there are still many end-user organizations using legacy analog camera systems that provide poor quality images. IP cameras offer the potential to capture and record much higher resolution images than analog cameras.
However, balancing the performance of a video system with common budget constraints has been a challenge that continues to keep many systems in the analog realm. The lower cost of analog video may allow security officers to install more cameras, but with the declining costs associated with current IP cameras, higher resolutions and system flexibility, the case for integrators to make with their customers about a move from analog to IP is stronger than ever. [Read More via Security Sales & Integration]

Police considered using a sledgehammer or explosive charge to break down doors after they were unable to open them due to lack of key cards. [Read More via Security Sales & Integration]

How to Stop Robocalls—or At Least Slow Them Down

Let’s be honest, you can’t kill robocalls completely. But you can block more of them than you might think. [Read More via WIRED Security]

I am happy to report that I have won my election for ALOA’s Southeast Director. Jim Wiedman won re-election as ALOA’s President. I do not have any further information on the elections at the moment but will make sure to relay additional results once I have them. Thank you all for your support!
LockPickingPatrolman/Bernoulli’s GoFundMe campaign has officially ended. All $800 was raised in 12 days, with $46 coming from last week’s auction. Thank you to everyone who supported with donations, likes, and retweets. We hope Bernoulli makes a fast, full, and safe recovery!