Note: The factory set combination of your new 5000 series: Press “2” and “4” at the same time, then release. Press “3”, then release. Press the “ENTER” button, then release. For your security, the factory set combination MUST BE changed when lock is installed. The combination can be easily changed using one to five of the lock’s buttons in any order in the combination. Each button can only be used once. Three or more non-sequential button combinations are recommended for higher security. Also, two or more buttons may be pushed together (at the same time) as part of your new combination. The combination change can be done without removing lock from door. Ensure that the door is open during this procedure. Rotate the outside lever/knob (d) once to stop position and release to reset the lock the latch should not retract.

1. Press the existing combination (b) followed by the ENTER button (c) and release; do not turn the lever/knob.

Note: Determine if you have an interior/exterior code change, and follow appropriate procedure below.

2. Insert the release tool (a) through hole in number pad and gently lift up loop end of the tool to depress the code change button until you hear a click; remove tool and do not press any buttons (proceed to Step 4). 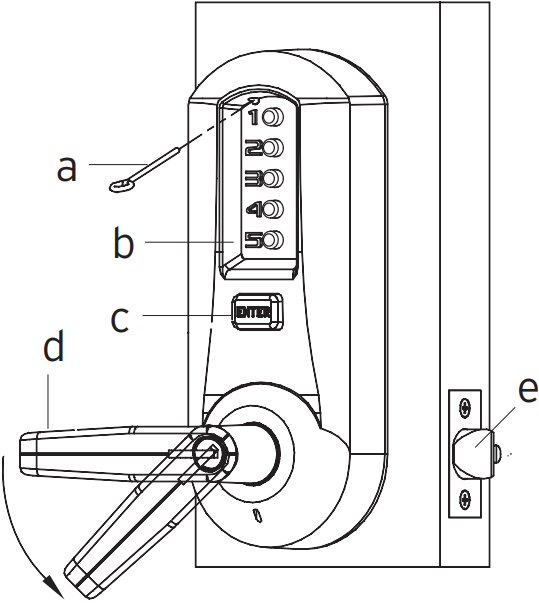 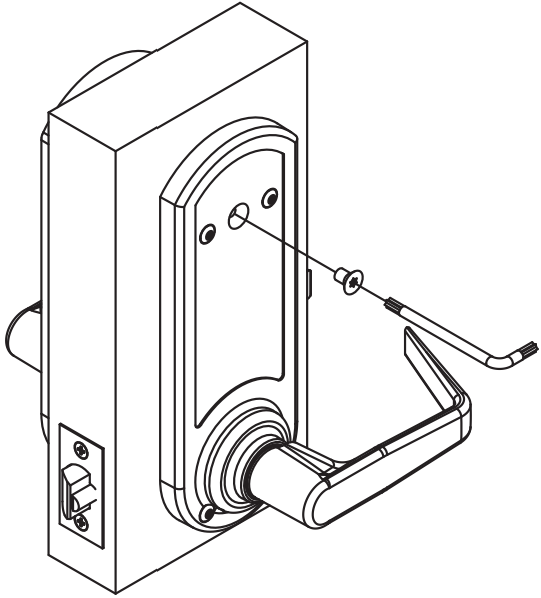 4. **This Step Is Very Important** Rotate lever/ knob (d) once, and only once to clear the old combination; the latch (e) will retract; release the lever/knob. 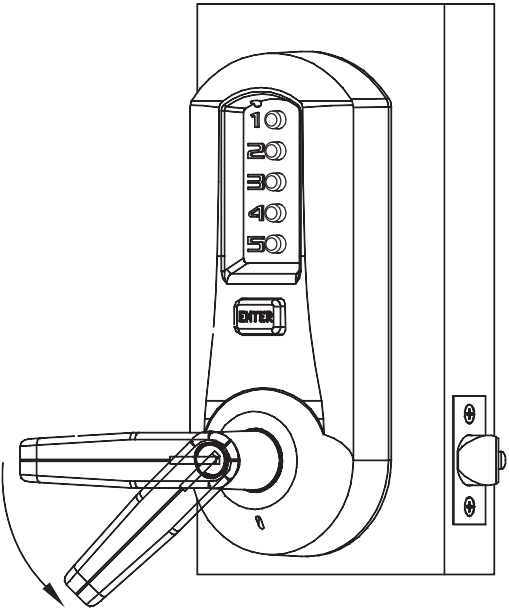 5. Press in your new combination (b) followed by the ENTER button (c) and release.

6. Rotate the lever/knob (d) to verify that the latch (e) retracts confirming the validity of the new combination (if you try the old combination now, it should not work).