1. Turn the outside thumbturn to the left (counterclockwise) to the stop position and return it to the right (clockwise) slowly to the horizontal position (Figure 11-1). This will clear any random buttons previously depressed. 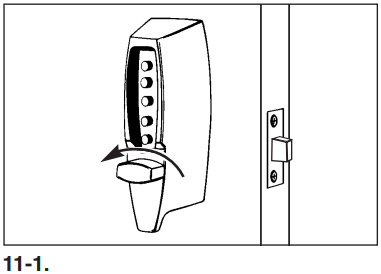 2. Enter the existing code (Figure 11-2). The factory-set code is 2 and 4 pressed simultaneously, followed by 3. 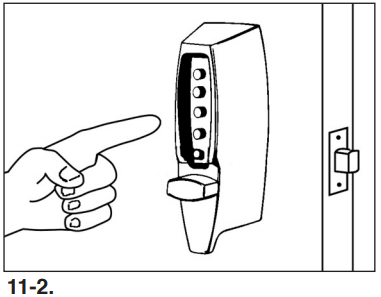 3. Insert a Phillips-head screwdriver into the center of the combination change sleeve. Gently turn to the right (clockwise) approximately 1⁄8″ (3 mm) (Figure 11-3). A slight click should be felt. Do not force. 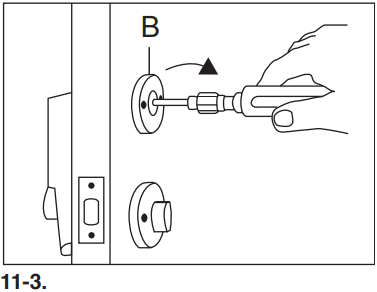 4. Turn the outside thumbturn to the left (counterclockwise) to the stop position, once only, to clear the existing code from the mechanism, then release it, (Figure 11-4). 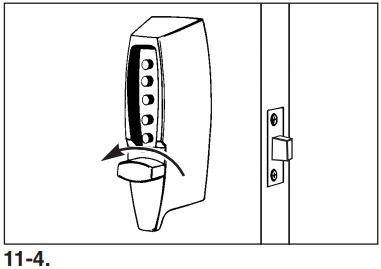 5. Select a new code and write it down (some or all of the buttons may be used for your new code, pressed individually or simultaneously).

NOTE: Each button may be used only once.

6. With the door open, enter your new code. Depress each button fully and release (Figure 11-5). 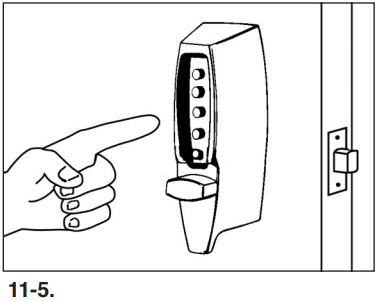 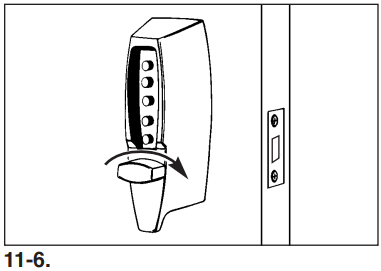 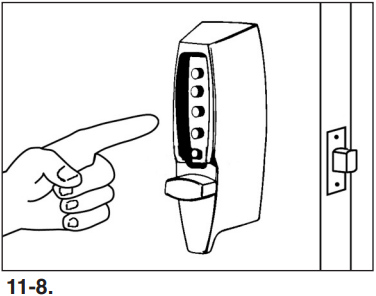 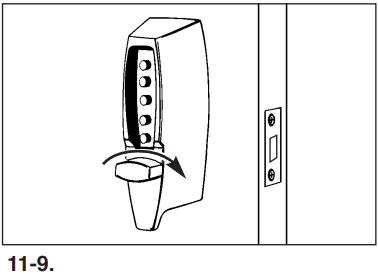 9. If, without entering the combination, you can retract the latch by turning the outside thumbturn to the right, it means that a step was done out of order and therefore no combination was entered. In this case, you must repeat Steps 1 to 7 but omit Step 2, as the lock does not have a combination.